How To Take A Screenshot In Python Using PIL

In this tutorial, I will demonstrate how to take a screenshot using PIL in Python. Window, macOS and Linux are all supported.

PIL (Python Imaging Library / Pillow) is a Python library that adds support for opening, manipulating, and saving many different image file formats. It has a very friendly API with lots of help online including good documentation.

PIL supports Windows macOS and Linux and supports many versions of Python; see the installation notes to identify which version of PIL you will need for the version of Python you are using. At the time of wiring this, PIL 7 has been released and supports Python 3.8 - 3.5.

To install PIL, execute the following in a terminal:

To validate it was installed correctly, go to IDLE or a python shell and execute:

If no import error is raised, it was installed successfully.

If there were no errors when installing it and it says PIL is installed successfully, make sure you're 100% sure that you installed PIL in the same distribution of Python that you're trying to import it in. Go to my tutorial on How to Manage Multiple Python Distributions if you're having some issues or are unsure about this.

To take a screenshot, we first need to import the ImageGrab module from PIL.

After we have the ImageGrab module, we can call .grab() to take a screenshot

On Linux, you must be using PIL 7.1.0 or higher for this to work; see release notes.

To view the screenshot, we can call .show() on the returned Image object. For example, using the code from above:

Executing this will open the screenshot in your default image viewer. If you have more than one display, you will notice that this screenshot is only of the first display; I will expand on this further below.

Here is an example of a screenshot I took: 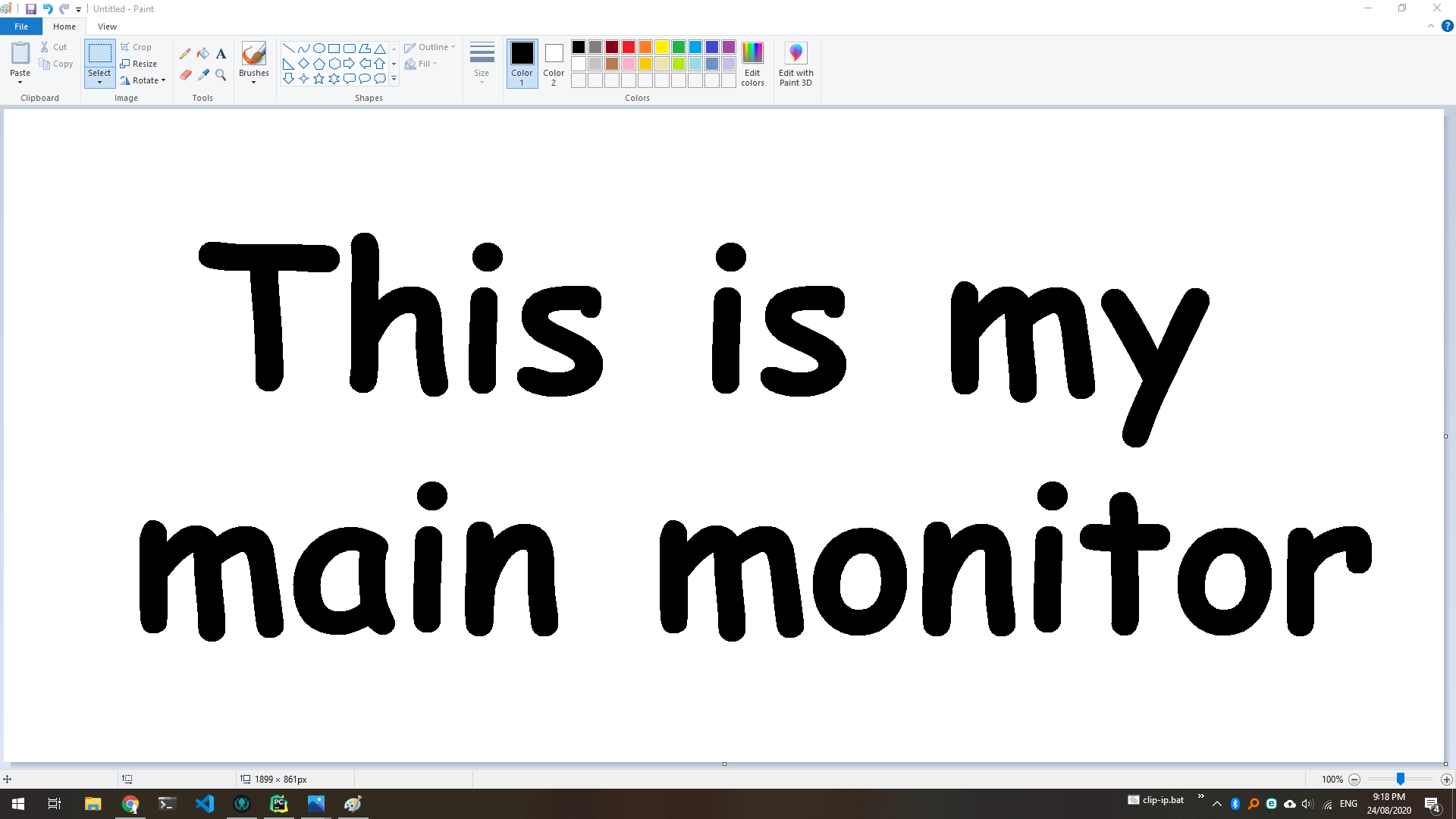 Saving images in PIL is very easy, calling .save() on the returned Image object will allow us to save the image into a file.

Now if you go and open the file filepath ("my_image.png" in the current working directory for this example), you will see the screenshot has been saved.

If you provide a file path with an extension of a supported image format, you can omit the format.

Saving To A File Object

If you have a file already open in write mode or want to save the image to a file object, you can pass that instead of the filename. For example:

Taking A Screenshot Of A Different Display

Back when we took a screenshot using ImageGrab.grab(), it only captured the main display. To take a screenshot of all displays, we can pass all_screens=True:

Please note that all_screens is currently only supported in Windows

Now when you call screenshot.show(), you will see that multiple monitors are now displayed. Here is an example of my monitors:

Now that you have this larger image, you can crop it using other methods in PIL: How to crop an image using PIL.

Using MSS to Screenshot Each Displays

I also have a tutorial How To Take A Screenshot In Python Using MSS which goes over how to take screenshots using the Python MSS library. The tutorial is very similar, however MSS has better support for screenshots of different individual displays (including macOS and Windows).